The First World War in France and Belgium was marked by the horrors of trench warfare. Each day – for four seemingly endless years – brought death to about 6000 men on the Western front. The country still bears the scars of those battles. And so, too, do the lives of the people there – even today, nearly a century later

The front ran 750 kilometres; from Kilometre Zero by the Swiss border, all throughout France right up to Nieuwpoort in Belgium, across Verdun, through the Champagne and along the Somme into Flanders. It is the scar of Europe.

Maria Menzel and Martin U. K. Lengemann followed the former frontline to re-discover the traces of that scar.

Watch the film in english: 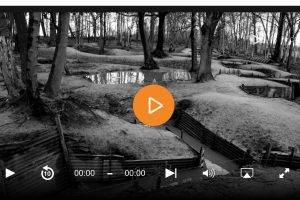